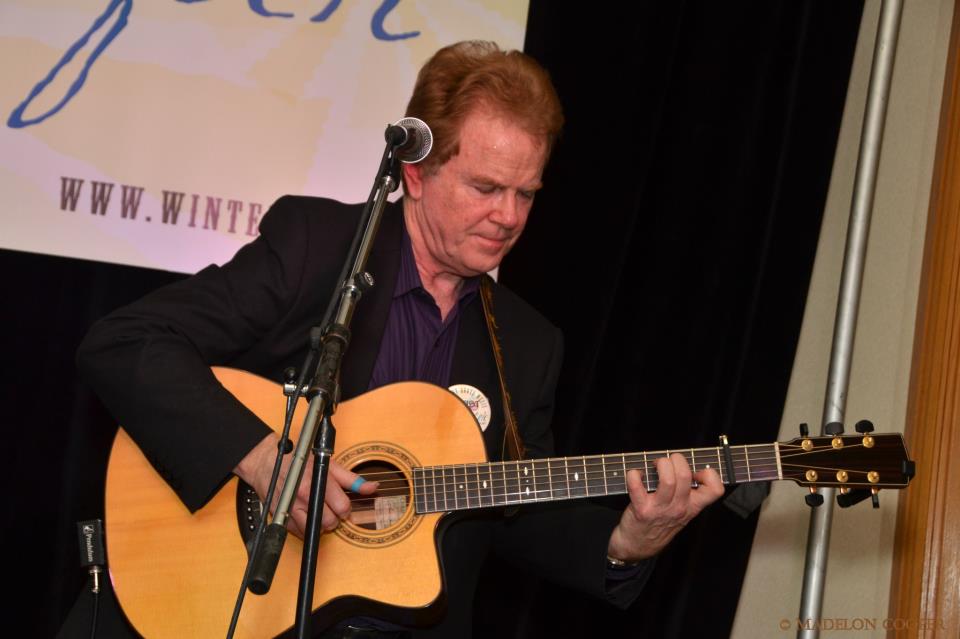 Some weekly open mics don’t go ahead on holiday weekends and therefore several regular ones we’re not certain about because the host musicians, clubs and promoters are all too lazy or stupid to post whether or not they are happening have “unconfirmed” after their entry in today’s listings.

But it’s a pretty rare Monday when there’s no open stage at Free Times Café. And indeed the Free Times event is not only happening tonight in the room at 320 College St., for which sign-up time is 7p.m., it boasts a stellar host this evening who is not only an affable fellow but also well equipped to impart a few tricks and techniques to participating musicos.

An acclaimed fingerstyle guitar picker and elemental songwriter, D’Arcy Wickham not only demonstrates an impressive command of instruments and voice, he is also a professional instructor who has taught headline performers and had students referred to him by icons of the Canadian music scene.

D’Arcy comes by his expertise as a performer and teacher though dint of a long and admirable pedigree, beginning with his collaborations and touring with Ian Thomas in the early 1970s.

Although he bowed out of full-time performing after releasing a couple of singles in order to concentrate on teaching and raising a family, he sought out Thomas to produce his debut Dust and Loneliness album in 2000, which was immediately embraced by the Roots community.  Two of its tracks appear on composite cds released by Borealis Records and his music was compared in one review to “Jackson Browne or John Hiatt without an edge.”  Another critic noted that his songs have “neither the unnecessary simplicity, nor the unnecessary complications” some writers fall prey to.

In the same straightforward but polished manner that he writes and performs songs of substance like those on his new Signal Hill album, he imparts tips and techniques on guitar, other stringed instruments and vocals in lessons at two locations and online.

His finely honed skills in performance and the studio, both solo or as accompaniment, and a successful 40-year career teaching, show Wickham to be a supremely well-rounded master of musical art.

If you’re looking for more than just a chance to do the same old same old and hope to grow your music while enjoying the open stage experience, this might be the one to check out tonight.