Featherfingers in ‘The Live Music Report’ 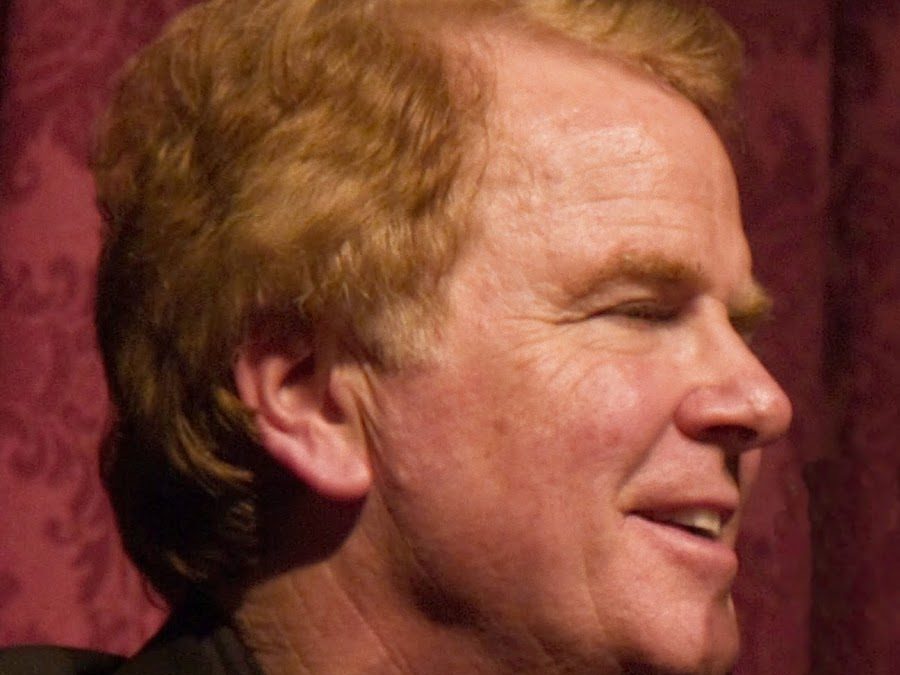 Reprinted from ‘The Live Music Report‘ – D’arcy Wickham has a fine new CD entitled Featherfingers. Three of the eleven tracks are his fingerpicking-style instrumental compositions. The brief title track is a lucid, lyrical melody, lively, warm and appealing.

“Remembering” is a longer, low-key reflective piece, darktoned, minor and hypnotic, which has an open, slightly unresolved ending that speaks for itself. “Hooked on you” is upbeat and quite repetitive. These tracks reassure one that good as the lyrics he writes alone or with Robert Carmichael are, and good as his voice and delivery are, supporting all that is a fully-fledged artist on the guitar. 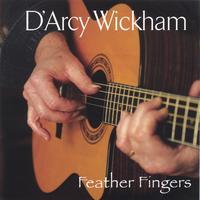 Two of the tunes, “Malahat Highway”, and “Hanging at Owl Creek Bridge”, show D’arcy as a traditional balladeer, a chronicler of events of moment in a community, be the event a hanging (with Tom Dooley or Danny Deever or Kevin Berry as the victim), or an epic pattern of important stories embedded in geography, such as Lightfoot’s “Canadian Railroad Trilogy,” or Dylan’s “Highway 61 Revisited”. Mr. Wickham’s songs in this genre are convincing and the material in “Malahat Highway” could become an historical document.

On the musical level, I like the native drone the guitar lays down in the instrumental bridge between verses in these and other of his tunes, though one also gets the feeling that some of his melodies blend into a sameness. The lyric writing is quite masterful in these and other songs such as “Only Trying to Say Goodbye” where this sharp line occurs:” Don’t confuse me with words about what a great guy I am when you’re only trying to say goodbye.”Brother of Mine” epitomizes Wickham’s skill in varying rhyme-schemes to create surprise phrasings, particularly when the end word of the first line in a couplet is ‘mill’ which rhymes with the word ‘hill’ that is placed only two-thirds of the way through the next line so that it becomes an internal rhyme.

D’arcy Wickham is also the songwriter of the sad, the balladeer of the blues (think of Ewen McColl), who’s woman’s ‘got that goodbye look’. He gets some good lines in that kind of tune such as “Come back to me, that’s all I ask/I need you in my future like you were in my past.” This is from the tune “Can’t Imagine Any Future”, that rises, in my opinion, above the level of popular bluegrass to the level of a genuine, traditional folksong because of the high quality of story, lyric, and above all, his featherfinger picked guitar.